The Mohawk-Hudson Bike-Hike Trail extends from Albany to Rotterdam, connecting to the Erie Canalway bike trail system to extend further west along the Mohawk River. Most of the trail consists of paved bike paths; however, you will ride on roads for brief portions of the route, with clear signs directing you back to the dedicated bike path. For instance, you'll bike under the Twin Bridges of the Adirondack Northway (I-87) shortly after heading west from the Colonie Town Park.

This trail traverses through residential neighborhoods, woods, and fields, with a significant portion riding parallel to the Mohawk River and resulting in some beautiful views. Landmarks along the way include Lock 7 on the Mohawk River, as well as an old train station building at Lions Park.

While the terrain is relatively flat in most portions, you will encounter a few hills in portions of the trail. Be watchful for walkers, bikers, and other exercisers of all ages and levels.

Suggested starting points with plenty of parking are the Colonie Town Park, not far off from Rte. 9 south of the Crescent Bridge that crosses the Mohawk River, and the Lions Park in Niskayuna. You'll see both of these locations marked on the map further down on this page. A number of other smaller parking areas dot the trail as it traverses the path of the river. 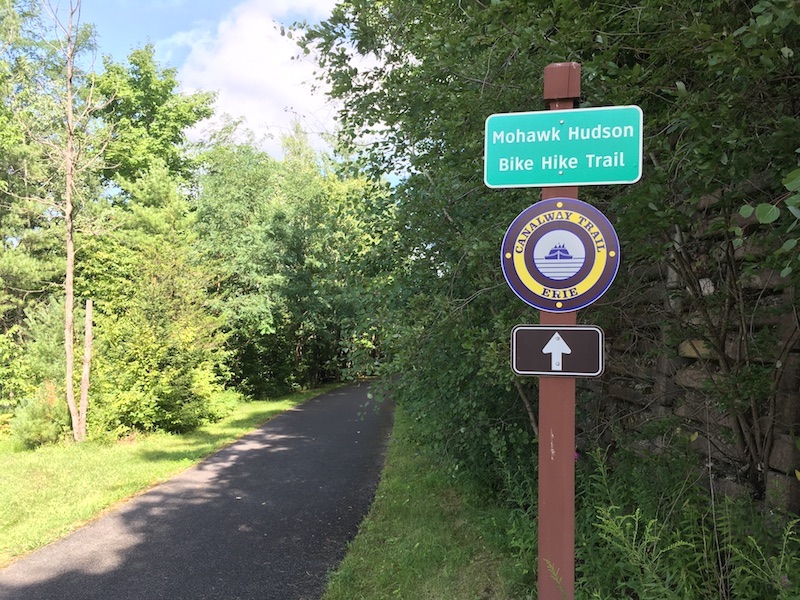 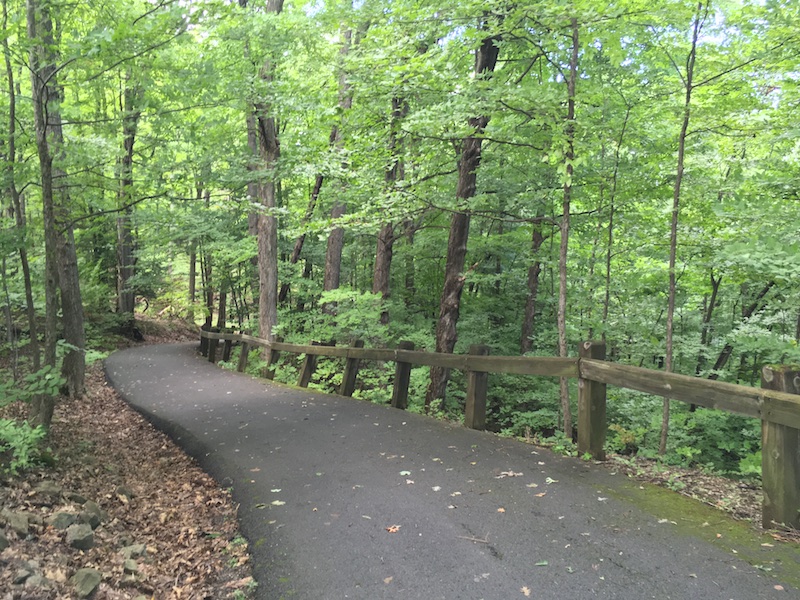 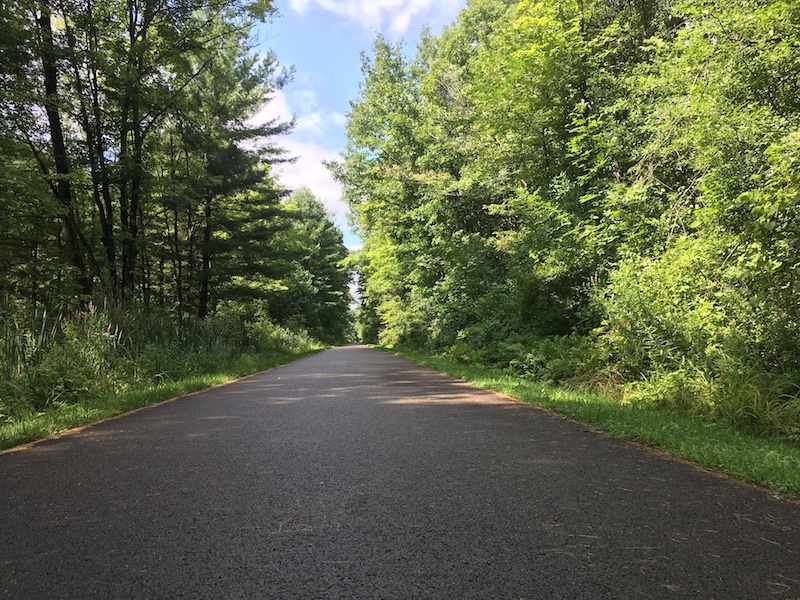 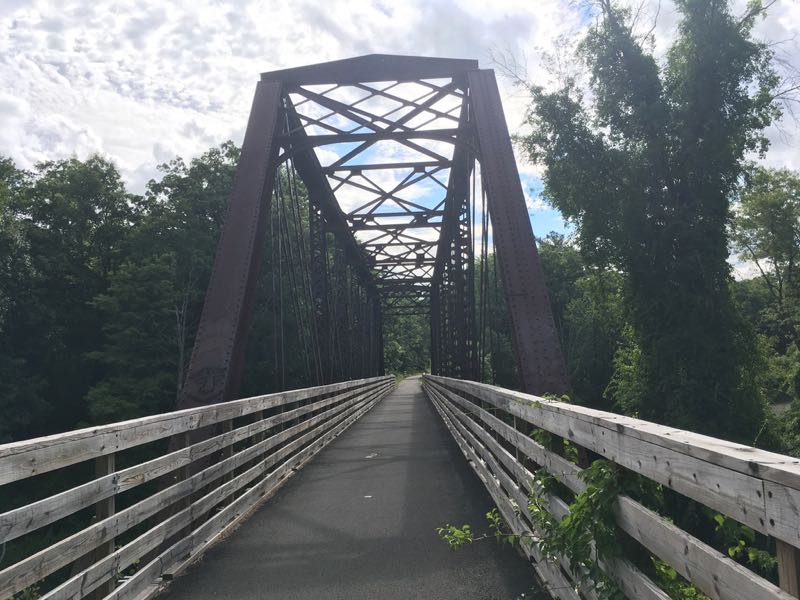 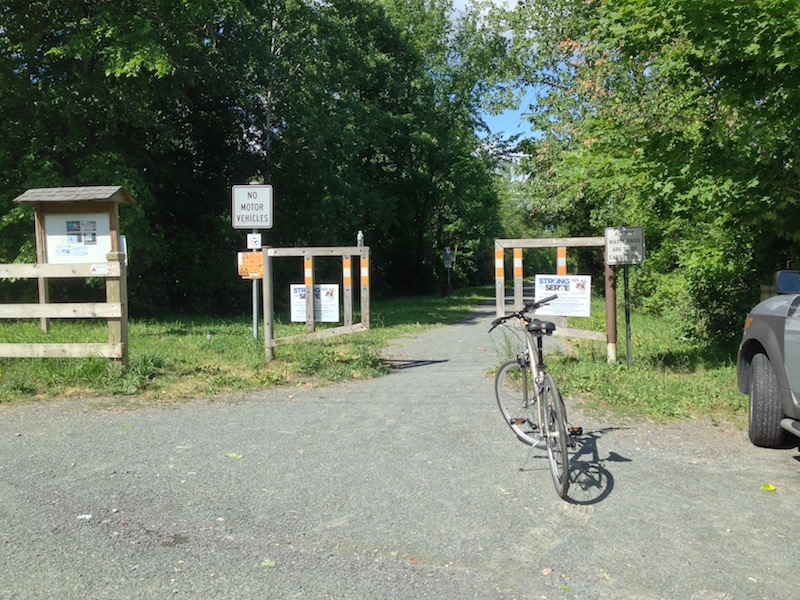